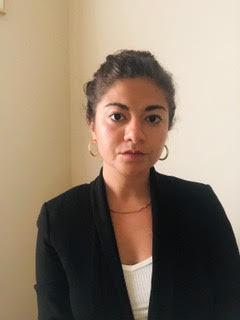 Teacher and PhD Student in Education

Cirillo, who was a Classics and Medieval Studies student at Bard, believes that “in order to be a good Medievalist, one needs to be a good Classicist”. Cirillo took a number of different Classics courses during her college career, including Latin, and wrote a senior project on how theories of contemplation in Cicero, medieval monasticism, and Hannah Arendt can be productively applied to the crisis of privacy in modern secular society. She says that “studying Latin not only improved my grammar and made me think more critically about the history of language, but fostered a kind of discipline and determination not found elsewhere in my Bard experience.

After Bard, Cirillo attended Harvard University for a master’s degree in Education and taught at a public school for a number of years. Although working as an English teacher, Cirillo found it important to teach “culturally relevant stories and novels alongside Greek and Roman myths.” While teaching, Cirillo also developed and taught a graduate course on critical theory and pedagogy at Harvard University. Cirillo is currently a doctoral student in Education at the University of Wisconsin-Madison. Her research is in ethics, pedagogy, and critical theory. On her current work, she says, “I have been writing about how the performance of a public and private self by the teacher can inadvertently influence how students see themselves in relation to one another and the world outside the four walls of school (A mouthful – I know. This actually continues some of the work I did in my Senior Project- who knew?!)”. Cirillo offers the following reflection on her education in Classical Studies: “Learning an ancient language is hard, but I have yet to find another skill so rewarding.” 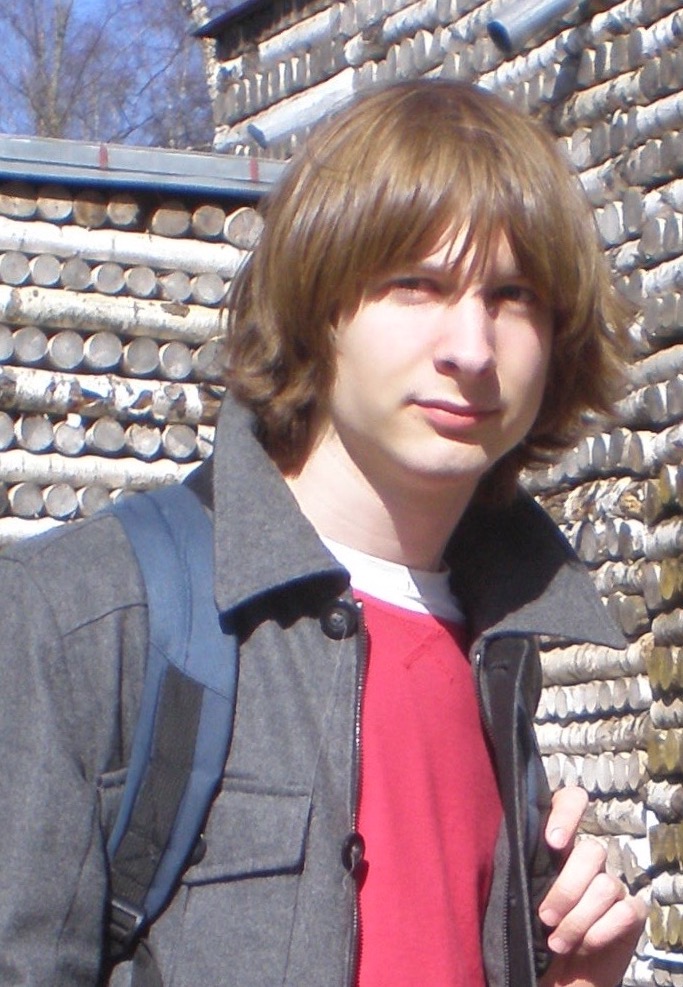 Sasha Fedchin is a double major in classical studies and computer science. Originally from St. Petersburg, Russia, he is interested in machine learning, natural language processing (NLP), and ancient languages. For his Senior Project in classics, Sasha explored how Seneca responded to ideas embraced by his predecessors in his tragedies, and employed various dramatic techniques to emphasize his position on a given issue. In particular, he studied Seneca’s use of trimeter, a meter commonly employed for dialogues in ancient drama, and how the trimeter of early Renaissance poets is different from that of Seneca. To conduct a comprehensive analysis of Latin trimeter, Sasha collaborated with the members of the Quantitative Criticism Lab at the University of Texas at Austin, who apply NLP and other statistical approaches to the study of literature and culture.

Sasha’s computer science Senior Project focused on code completion. Broadly, code completion aims to speed up the coding process by predicting what a programmer would want to type next. For his project, Sasha tackled a problem that involved predicting future imports in Java code with the help of graph neural networks. Having been previously involved in NLP research, he is excited to learn more about the ways machine learning can be applied to the study of natural and computer languages. Sasha is delighted to begin his PhD studies this fall in the Department of Computer Science at Tufts University. 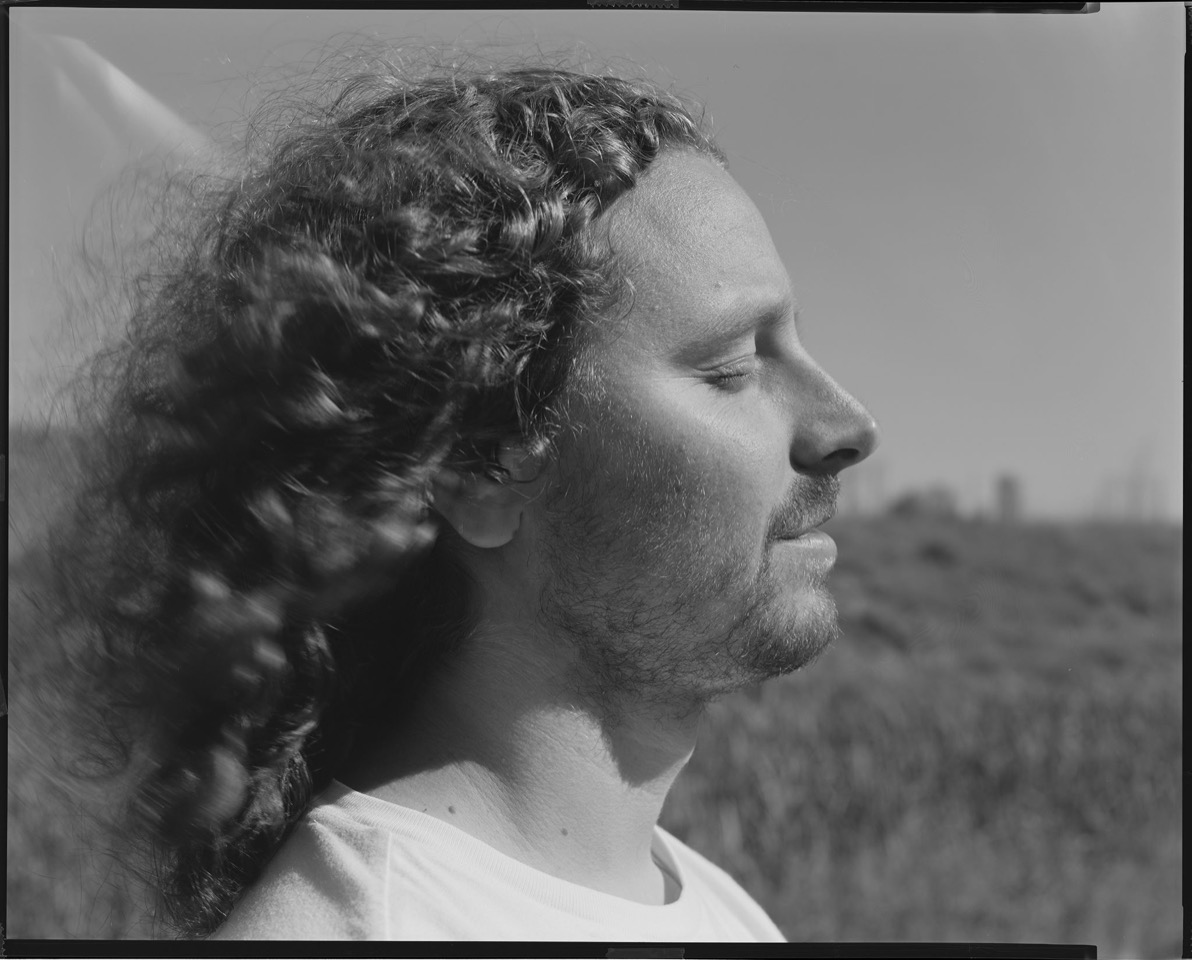 Mattingly is a composer currently based in the San Francisco Bay Area. Executive director and co-artistic director of the ensemble Contemporaneous, he graduated from Bard College with a BA in Classical Studies and a BMus from the Conservatory. He then went on to receive his M.M. in Music Composition from The Yale School of Music, and has received commissions from the Los Angeles Philharmonic, the Berkeley Symphony, among many other ensembles and performers. Mattingly says that he knew he wanted to be a composer since he was six years old, yet he found himself increasingly interested in the Classics after taking a course on the ancient world with professor Thomas Bartscherer his freshman year.

Mattingly’s musical career so far has been deeply influenced by his education in Classical Studies. He wrote a senior project on the music and meter of Euripides’ tragedy, The Bacchae; more recently, Mattingly has partnered with Bartscherer to create an opera entitled, Stranger Love, inspired by the writings of Plato and Octavio Paz. Mattingly says he was drawn to the Classics because he is “endlessly interested in the way people have existed on the planet… and Classics is a wonderful way to open yourself up to a larger way of thinking.” To a current Classics major Mattingly says, “Don’t forget to remind yourself everyday how wonderful the experience is of waking up in the world and learning about everything that has ever happened in it.” You can find Mattingly’s current and past works at dylanmattingly.com. 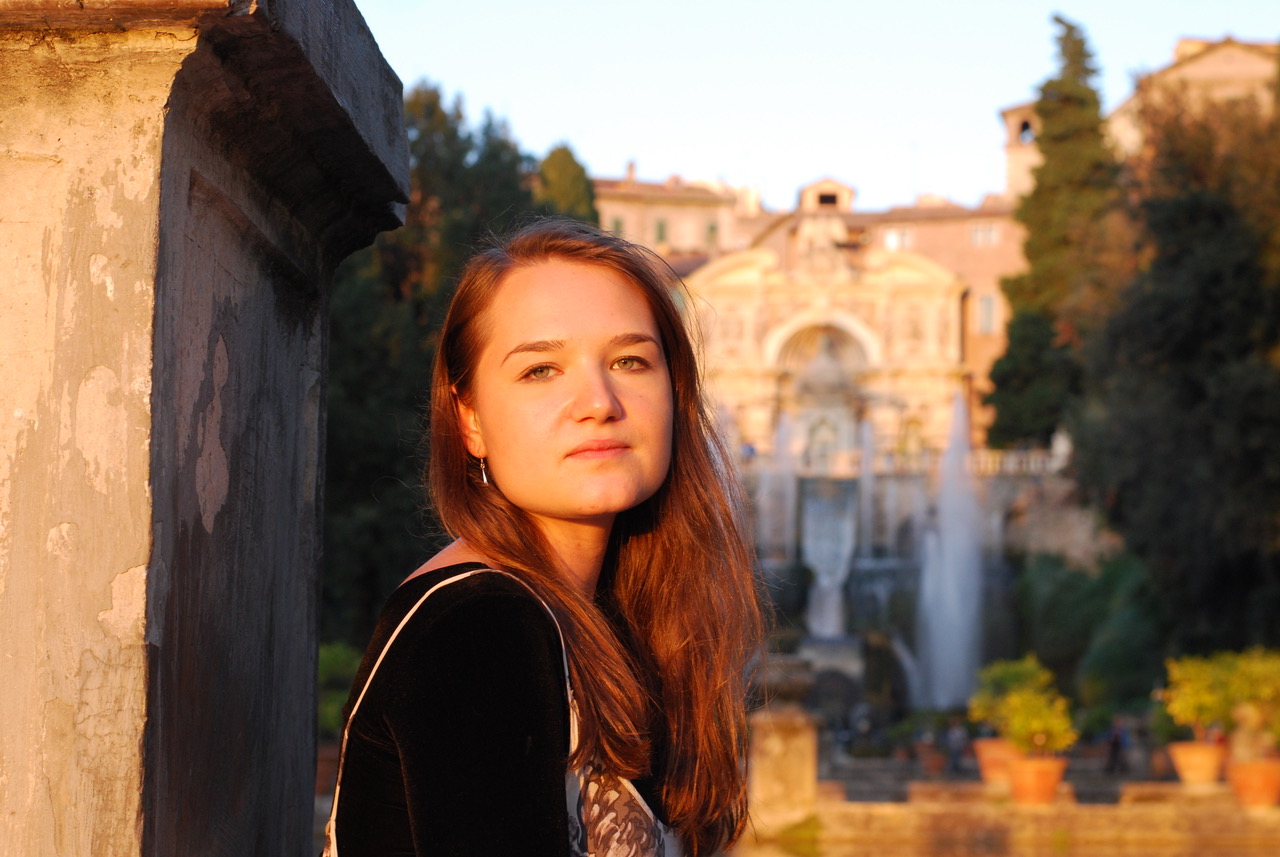 Piasecki, a recent graduate of Bard, works as a paralegal in an art litigation firm in New York. She works on complex commercial cases, as well as art law disputes, and spends most of her time managing cases, organizing trials, and doing a lot of proofreading. She believes that her undergraduate degree in Classics, during which she specialized in ancient art history, has given her a strong attention to detail, a skill that she has found vital in her everyday life and work. Piasecki originally planned to pursue a career in Art Law and Restoration; after a year of working in this field, however, she finds herself wanting to be more immersed in the art. She has therefore decided to apply to graduate school in Art Conservation and Preservation, focusing on ancient art and architecture.

Piasecki believes that “a Classics degree is the original liberal arts degree, because you are studying languages, art, philosophy and many other things,” and that her work at Bard, especially the Senior Poject, has prepared her well for her current work in law. She emphasizes how fortunate she feels to have been supported in her passion for the Classics by the Bard faculty, and to have also spent a semester in Greece doing an archaeological dig on the island of Antiparos. She concludes, “I have always been proud of my Classics degree. I know there are a lot of people who ask what you can do with that but I really think deep down you can do anything with a Classics degree.” 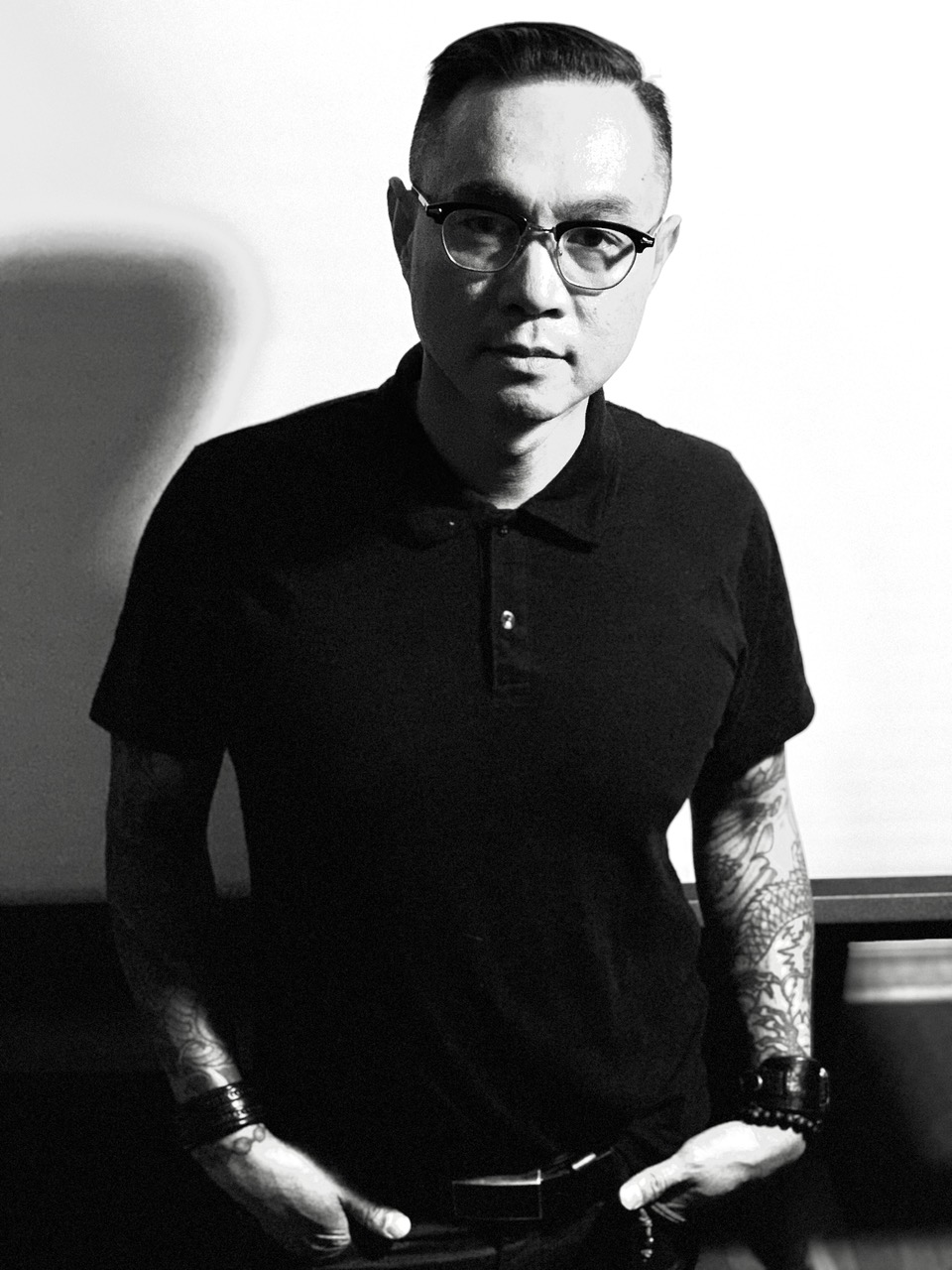 Phuc Tran’s first book, Sigh, Gone: A Misfit’s Memoir of Great Books, Punk Rock, and the Fight to Fit In, was published by Flatiron Books in April 2020. Praised as “bold, funny and profane,” “glorious,” and “piercingly profound,” it is, in Tran’s words, “a memoir about growing up in a rural Pennsylvania town as a nerdy, Asian punk rocker who would eventually become a Latin-teaching tattooer.”

Tran came to Bard expecting to major in English and Art, but soon ‘fell in love with ancient languages.” He continues, “I loved the Classics because you couldn’t bull**** your way through it (you either knew Latin and Greek or you didn’t).” He compares learning ancient languages to hiking the Appalachian Trail. “You’re not hiking the trail to get to Georgia (there are a lot of better ways to get there). You’re doing it because it’s hard, it’s beautiful, and it puts you in direct contact with something timeless.”

After graduation, Tran received a master’s degree in Classics teaching from UMass Amherst, and since the late 1990s has taught Latin, Greek, German, and Sanskrit at the high school level and at the Latin/Greek Institute at the CUNY Graduate Center. His passion for connecting language and lift is longstanding – his 2012 Tedx Talk on “grammar, identity, and the dark side of the subjunctive” was featured on NPR’s TED Radio Hour, and received a write-up in Newsweek.

Alongside all this, Tran also owns Tsunami Tattoo in Portland, Maine, and has been a guest artist in tattoo shops from Denver and Seattle to New York and London. 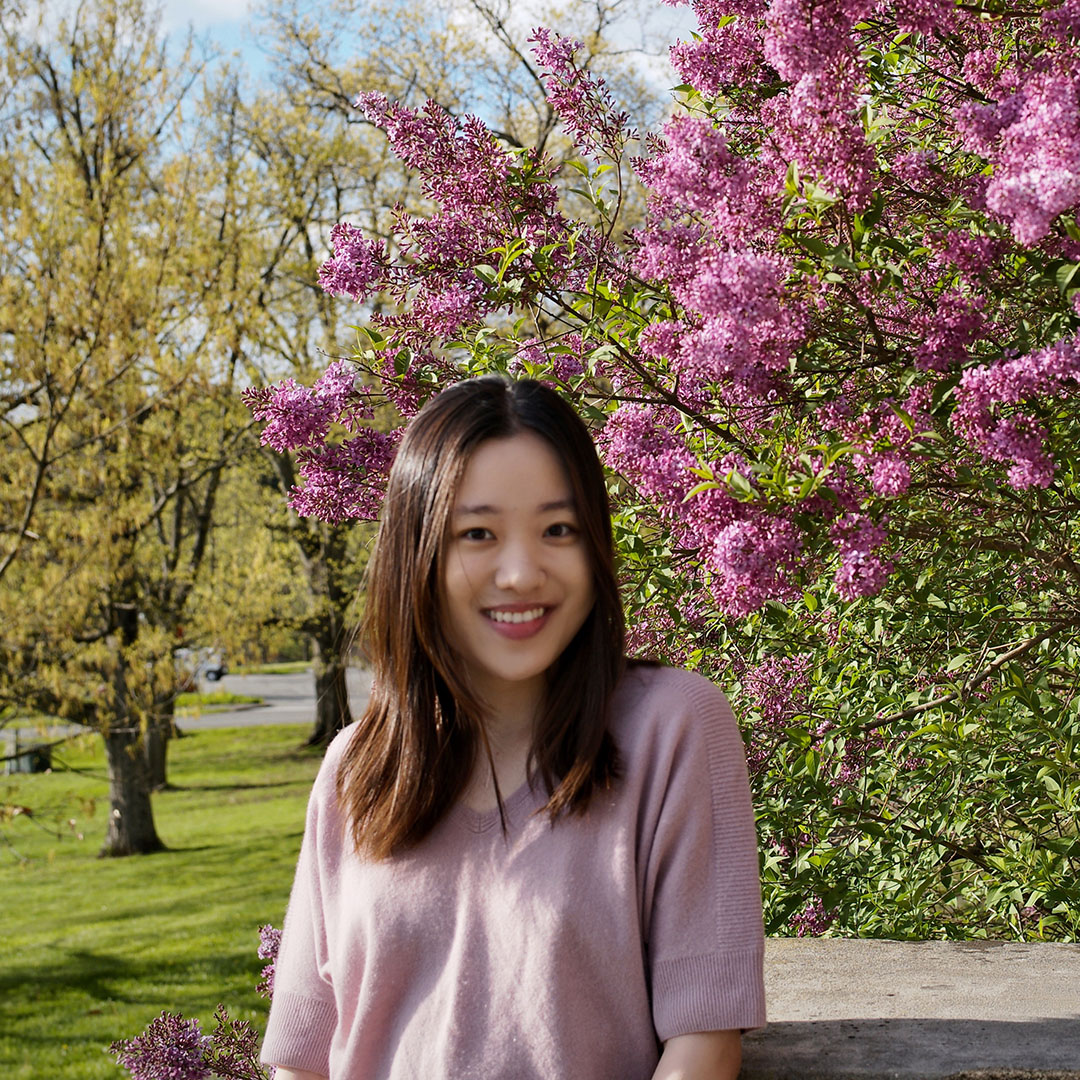 Xinyi Wang has experienced quarantine twice in the past few months, and although she has been quarantined for a total of three months, she still has a bright smile on her face. Her initial period of isolation was in Jiangsu, China, in January, when she went home from Bard for winter break. She was quarantined with her family during the week of the annual spring festival. Even though Xinyi was stuck inside, she enjoyed herself because “spring festival was fun, with a lot of eating and drinking.” Her time there was focused on her family, while her time at Bard has been focused on schoolwork.

Xinyi managed to make it back to Bard, and was surprised to be quarantined again because of COVID-19 regulations, but working on her Senior Project in classical studies has kept her busy. For her project she chose to write about an inspiring Greek female character: Ariadne, daughter of Pasiphaë and the Cretan king Minos, who helped the Athenian hero Theseus escape the Labyrinth after he slew the Minotaur. She discovered the character through her adviser, classics professor Lauren Curtis, and was intrigued by how a female character was viewed in ancient poetry and how the same character is perceived in 20th-century opera. Xinyi appreciates her professors, who have stayed connected with her through this difficult time. She is also grateful for her adviser, who has been a help above and beyond academics. “She is very supportive,” Xinyi exclaims. “She pushes me to get out more.”

Xinyi, who has one more year at Bard as a double major in the Bard College Conservatory of Music, finds joy in playing her violin and staying connected to her friends via WeChat. She has learned to enjoy the peace of the quiet campus. As she chooses her classes for the fall, she is looking forward to the coming academic year, when the campus will be full of people again. 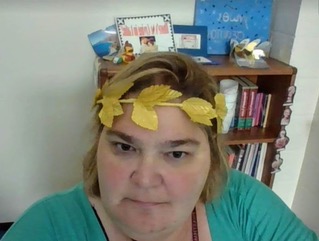 Weiskopf is a middle school Latin teacher currently based in Virginia. She recalls that before coming to Bard she had no intention of being a Classical Studies major. She even states, “my mother had tried to get me to study Latin in high school, but I refused”. This all changed, however, shortly after arriving at Bard. Weiskopf remembers that much of First Year Seminar was focused on the Greeks, and after reading authors such as Herodotus, Aeschylus, and Sophocles, she was hooked. Soon after, Weiskopf began Greek and Latin, using much of her own time to teach herself at the same time as enrolling in classes at Bard. She recalls being able to work one-on-one with her professors at Bard in order to gain a deeper understanding of Latin literature. After Bard, Weiskopf obtained her M.A. from Rutgers University. She has taught grades 6-12 but finds that her ‘niche’ is middle school. And her students clearly love her: in 2016 Weiskopf won the Society for Classical Studies’ Precollegiate Teaching Award, a mark of national recognition in the field of Classics that is awarded to only two teachers nationwide each year.