Classical Studies is an interdisciplinary field of study encompassing the civilizations of ancient Greece and Rome. We seek to understand the languages, literatures, histories, and visual and material cultures of the premodern Mediterranean world—from the Bronze Age to the dawn of the Middle Ages, from the Iliad and the Odyssey to Saint Augustine, and from Greece, Italy, France, and Spain to North Africa, the Middle East, and the Greek-speaking kingdoms of the Indian subcontinent. We approach these ancient societies from a variety of disciplinary perspectives, including linguistics, art history, archaeology, anthropology, and philosophy, while also considering the long and complex legacies of ancient Greece and Rome in art, language, politics, and culture from antiquity to the present day. 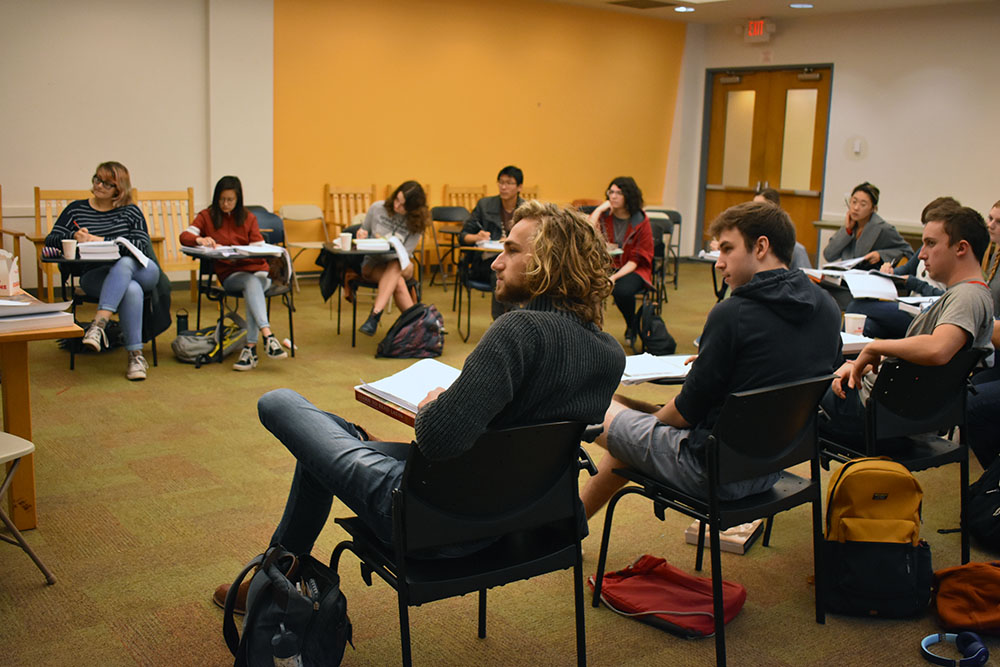 Why does Spanish have so much in common with French and Italian? Why does the English word “dictionary,” share a linguistic root with the word “dictator,” and what does it mean to have an “alibi”, show “bona fides,” or be frustrated with the “status quo”? Latin, the language spoken in Italy and across three continents from the seventh century BCE to the Middle Ages and beyond, shaped the linguistic heritage now shared by much of the modern world. Moreover, learning Latin helps us gain a richer understanding of the lives and cultures of the diverse peoples of the Roman Empire—from graffiti scratched on the walls of ancient Italian towns, to influential literary works like Virgil’s Aeneid, Tacitus’ Histories, and Saint Augustine’s Confessions, to letters sent home by new recruits at Rome’s military frontiers.

Students at Bard can learn Latin from scratch each fall, or, if they had some Latin in high school, they can join our intermediate and advanced classes. 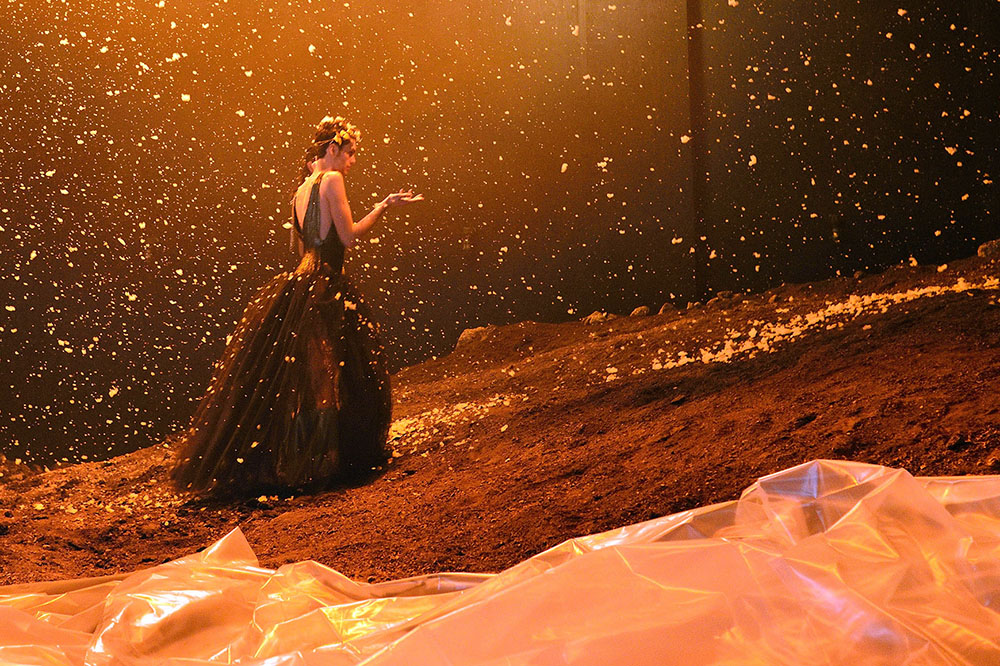 The Bacchae, by Euripides, a student production at Bard's Fisher Center for the Performing Arts. Photo by Jacques Luiggi

Ancient Greek is the language known to us from writers like Homer, Sappho, Plato, and Sophocles; in a dialect called koine it also forms the language of the New Testament. It differs widely enough from the Greek spoken today that the two are considered separate languages. Students of ancient Greek become familiar with linguistic roots that make up much of modern English, in particular the vocabulary of science, medicine, and literary analysis; most importantly, they learn how to engage directly with the linguistic and cultural richness of the eastern Mediterranean world.

Ancient Greek is offered at all levels at Bard each year, from complete beginners’ to the intermediate and advanced levels.